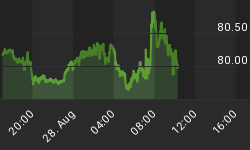 Energy storage was once called by an industry insider the Holy Grail of renewables. Indeed, there has been ample proof that renewable power without storage is not as reliable as it needs to be for renewables to completely displace fossil fuels. Asia, thanks to China, is at the forefront of renewable energy. Now, according to a Navigant Research report, it is planning substantial investments in storage as well, and specifically in energy storage software products.

Countries in the Asia Pacific will spend close to US$11 billion on energy storage software over the next ten years, Navigant says, as companies seek to take advantage of all the benefits that technology--including automation, blockchain, and the Internet of Things, among others--could offer.

“Energy storage is flexible, can be deployed rapidly, has numerous applications, and can generate multiple value streams for utilities and their customers,” according to Navigant research analyst Ricardo F. Rodriguez. “ESS [energy storage software] software platforms augment these capabilities and are evolving across market segments, enhanced by underlying digital technologies, to provide complex solutions.”

A lot has been written—and is being written—about all the ways digital technology can help the energy industry to keep its costs lower and profits higher during the transition to an all-renewable future, whenever it comes. The cost element is more important here: energy storage is still quite expensive, which explains why it has been lagging behind generation capacity. Ironically, without storage, the generation capacity is a lot more unreliable than it should—and could—be.

China, naturally, is front and center when it comes to both generation and storage capacity. The country has the most installed renewable power capacity but it also has probably the highest rate of curtailment, that is, loss of output for lack of transmission capacity and, of course, storage. Related: World’s Largest EV Markets Faces Slowdown

“In terms of applications for new utility-scale energy storage projects, solar plus storage has emerged as a major opportunity and driver of new growth,” says Navigant research analyst Alex Eller, as quoted by Forbes. “The rapidly falling costs for both technologies have made combined solar plus storage plants economically competitive against conventional fossil fuel plants in a growing number of markets, which allows a solar plant to be a predictable resource for grid operators.”

If anyone ever needed more proof that storage is the maker or breaker of renewables’ bright future, earlier this year IHS Markit estimated that energy storage capacity in the United States would this year double to 712 MW, and over the next five years it would hit 5 GW.

Everyone is adding energy storage capacity and digital tech is making this more affordable, spurring wider adoption, and thus facilitating the transition from fossil fuels to renewables. It appears storage is yet another segment of the energy industry where digital technologies are making a transformational difference.

Is This The Key To Wider Nuclear Adoption?