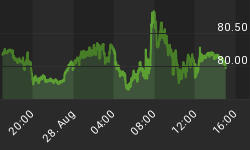 Both WTI and Brent crude oil prices were up slightly today, but persistently high inventory levels and strong production outside of OPEC continues to raise concern that the group may not be doing enough to curb oversupply.

Saudi Energy Minister Khalid al-Falih said oil producers would “do whatever it takes” to rebalance the market and that he expected a global deal on cutting crude output to be extended through all of 2017 and possibly into next year. Oil prices jumped immediately after the news, but crude was not able to sustain the gains as markets remained pessimistic.

“The market is getting tired of hearing from OPEC how good they are, how compliant (with supply curbs) they are and especially how all their projections for inventories falling seemed to be moved into the future,” said Eugen Weinberg, head of commodity research at Commerzbank.

Al-Falih pointed to stronger demand in coming months and refiners coming back online following maintenance as signs that demand will improve and help to reduce the current oversupply. He said he’s confident the global oil market will soon rebalance and return to a “healthy state.”

“Given the extent of the over-hang I think they always knew the market was not going to rebalance in six months which is why our base case was always for a deal lasting at least one year, and if not longer,” said Virendra Chauhan, an analyst at industry consultant Energy Aspects. “Market expectations were lofty, and so OPEC will need to surprise the market with either a deeper cut, or possibly a longer than six-month extension to get prices to move higher.”

OPEC expecting more demand than shale can satisfy in the long-run.

The strong response from U.S. shale producers after OPEC’s initial production cut deal has made it difficult for markets to balance as quickly as the oil producing group had hoped. The central tenet behind the group’s decision to curb supply looks to be based on the view that it’s a temporary measure, with global underinvestment in new capacity leading to a supply gap in coming years, according to Citigroup. But that fails to see rapid growth in shale is displacing investment decisions that are higher up the cost-curve, the report said. Related: Four Charts That Explain OPEC’s Fall From Power

Investors’ focus on quick returns and a low-risk profile have made shale developments much more attractive than more costly and risky investments like offshore and LNG. Despite the strong production from shale projects over the course of the oil price downturn, more long-lead projects will likely be needed in order to meet growing global demand.

There’s about 20 million barrels a day of combined demand growth and natural oil-field output declines that need to be offset, al-Falih said. “No matter how fast U.S. shale grows, it won’t make a dent in that number,” he said.

Because many larger projects also require more time to develop and finance, the surge of investment into shale plays could lead to a spike in oil prices if demand does surpass what North American operators are able to supply as investment flows away from long lead-time projects like offshore drilling. If decisions makers wait until demand is already outpacing production from shale projects, it could take several years for new large-scale projects to come online creating upward pressure on oil prices.